Laurence has been exhibiting and selling his paintings since 1974 and was able to “give up my day job” and become one of that small band of full-time professional artists earning a living from their work since 1989. Based in his studio in Sherborne – Westbury Hall – Laurence comes across as completely dedicated if not intoxicated by what he is doing and still after thirty years he is producing new work almost every day.. His studio is large, well lit and packed with pictures, completed and in progress  Thoughtful and reflective, and bursting with enthusiasm, he is ready to explain just how he finds each work an encounter with a place, a time and his feelings about it.

Being self-taught Laurence sees this as a positive advantage, feeling that his vision has been uncorrupted by the latest artistic fads. Instead he feels that he is an artist who has worked out for himself what he is doing and has the self-confidence to continue to follow his vision.  He has not however been isolated and together with being a member of several art societies and an Associate of the South West Academy, he was an enthusiastic and hard-working committee member of Bruton Art Society for over ten years before any of us on the current committee were on it. His work has also been widely shown and exhibited.

His works are though broadly figurative and his subjects landscapes, sea-scapes, still life and buildings – sometimes these are inhabited by figures.  Typically he works out of doors, usually in oils, though with larger works they are completed in the studio, either from sketches or sometimes from memory. He also feels that his style and subjects are constantly evolving, lately becoming more simplified and even abstract.

Laurence draws particularly well, in pencil or more often simply with a pen.  Starting with a few strong lines he dives in without any corrections to complete detailed studies of buildings such as a series he did on pubs.  The results are quite remarkable for their use of strong and detailed lines and their overall composition.

Of his works he says, “As an artist I am always trying to find ways of painting the feelings I get when stood in front of my subject”, and “I believe “Honestly” is the way to paint. Only you, the painter, would know that what you have produced is truthful and painted with feeling.” See www.laurencebelbin.com Also see more on BAS website. 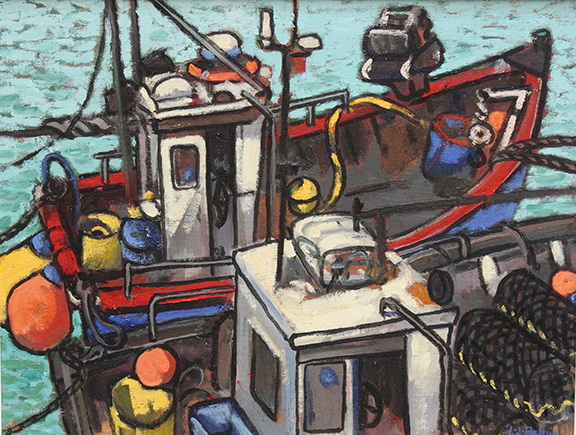 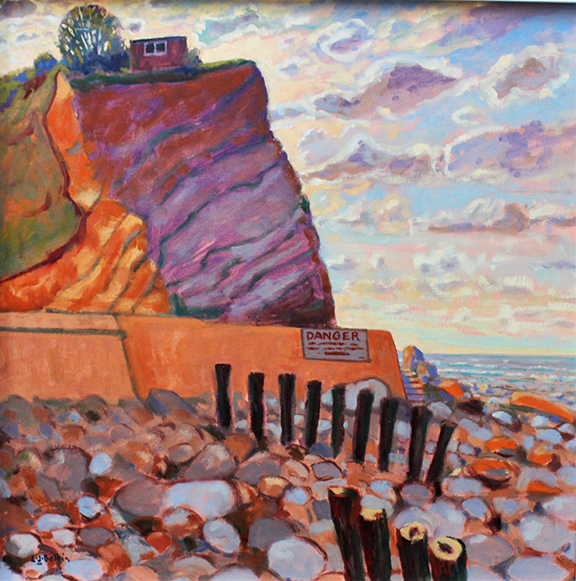 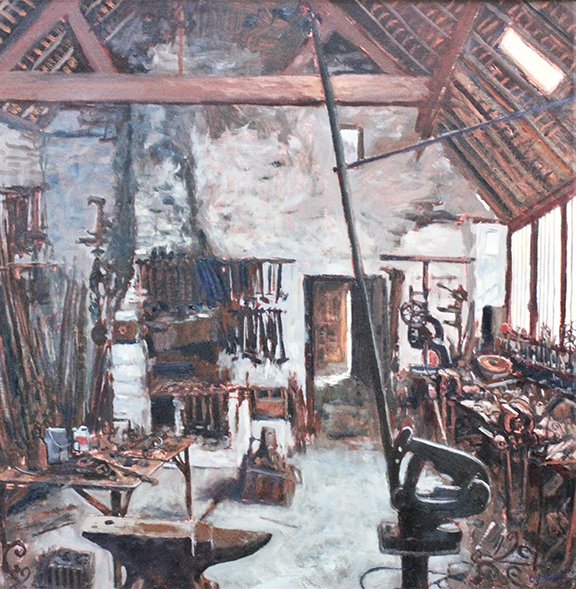 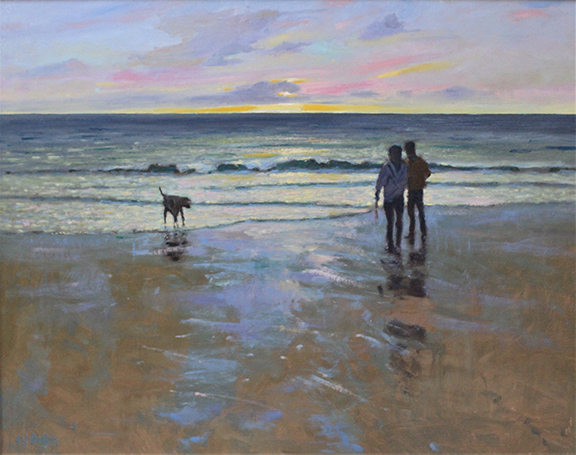 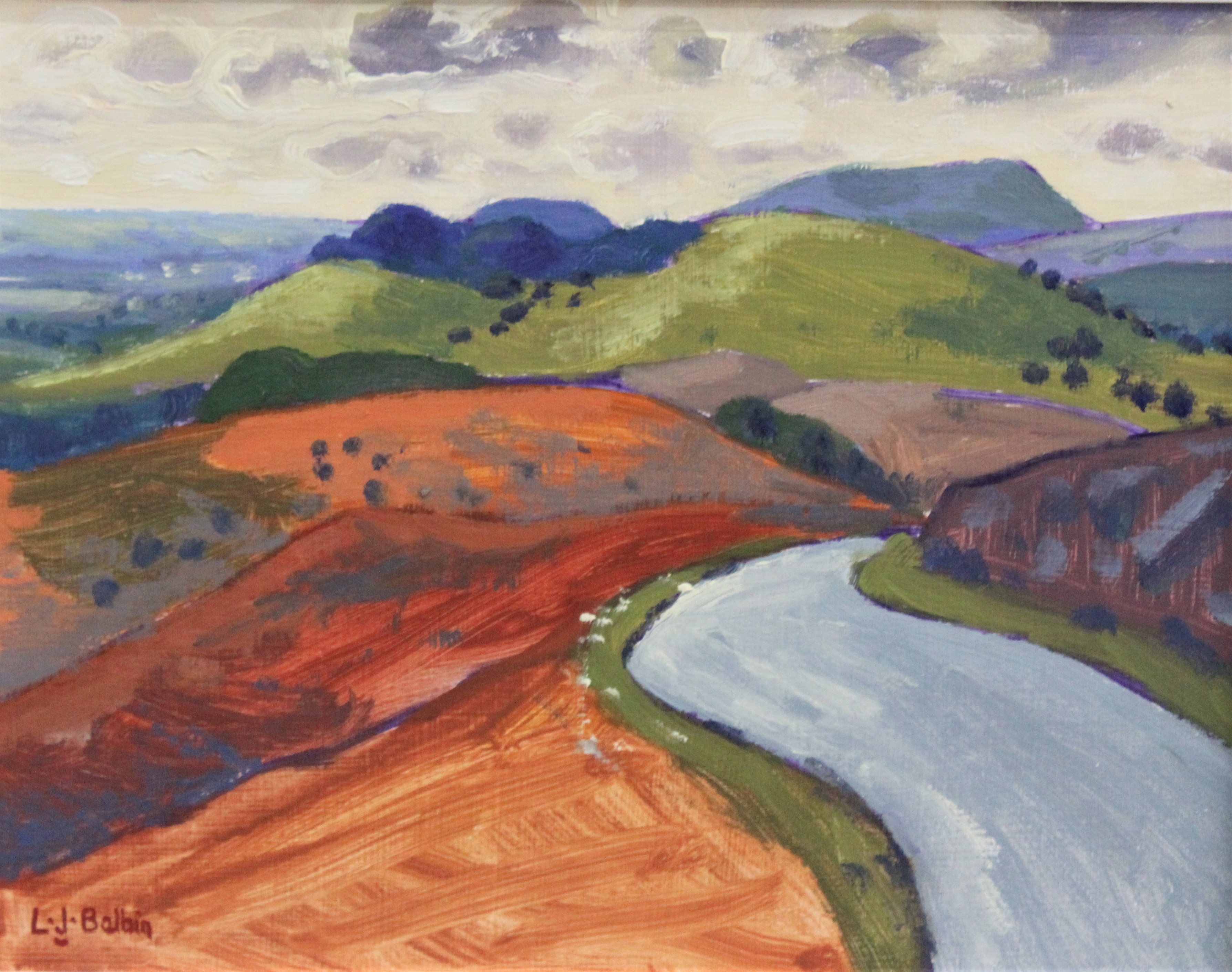 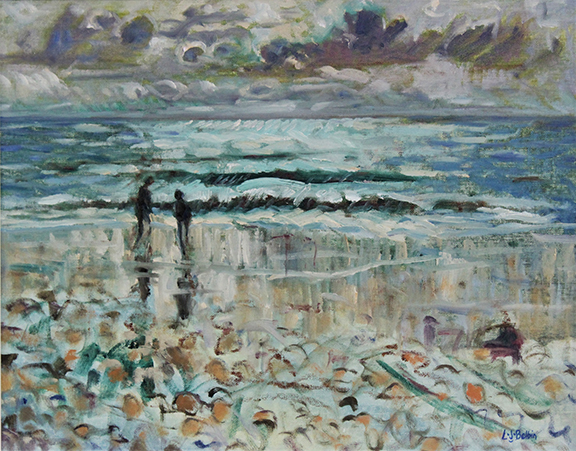 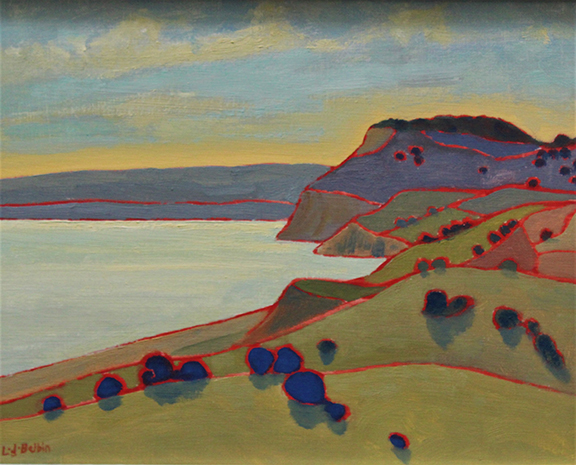 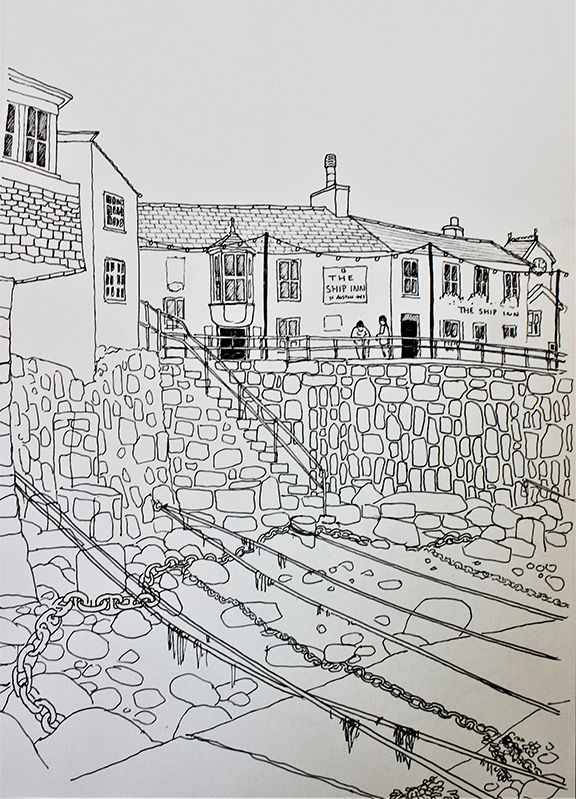 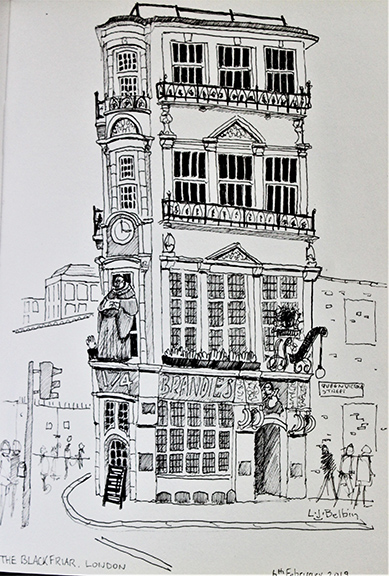 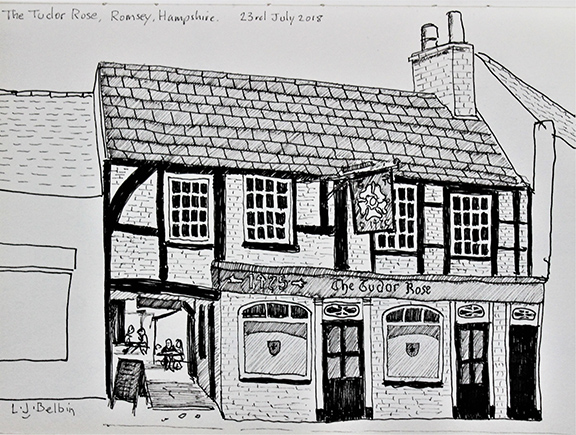 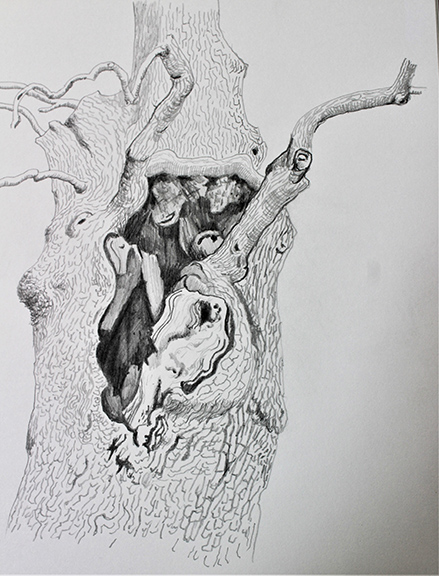 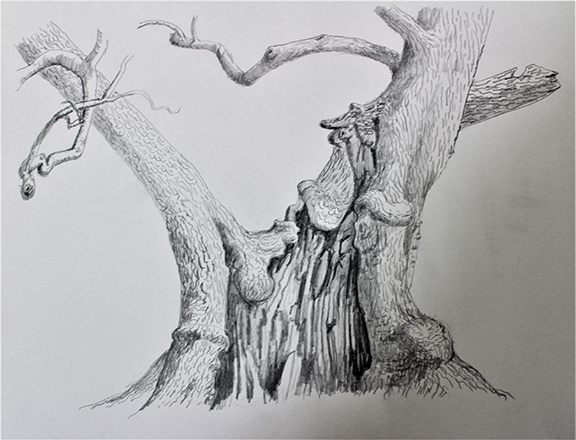 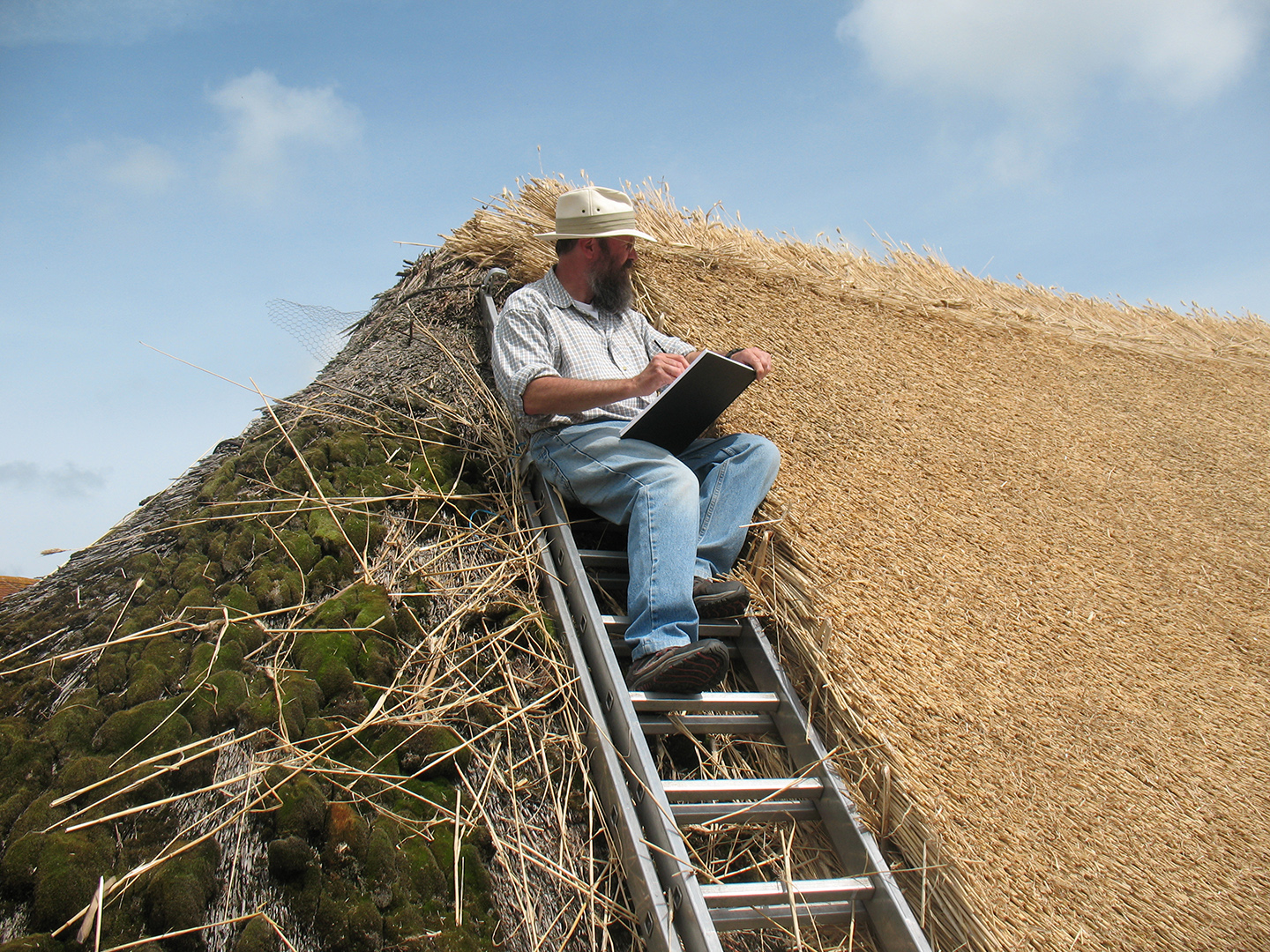