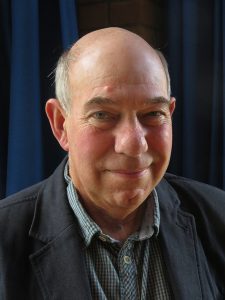 Thur 18 Jan 2018 Following our  well attended  A.G.M. (46) at which our constitution was ratified and two new members elected onto our committee, Dorrie Peat and Arabella Beveridge.
We had a TALK by: TIM CRAVEN
‘The Camden Town Group – the Foundation Stone of British Modern Art’

Tim Craven is based at the Southampton Art Gallery where he has curated many exhibitions, spoke on the Camden Town Group which only operated between 1911 and 1913, but which broke with the conservative tradition in vogue at the Royal Academy.

It was Gilman who set the group up in a Camden Town studio where members could work, store paintings, meet together with interested patrons, inspire each other and provide an art market of moderately priced works.  They also felt that the New English Art Club which promoted an English version of Impressionism was too timid and they visited Paris in order to keep up to date with developments in Modernism there.  Sickert painted rowdy music hall scenes, Drummond the cinema. Others were drawn to portraying the urban environment and Gore specialised in “broken brush work”.

Their subjects covered portraits, nudes, horses, the countryside and many street scenes and domestic interiors. What seemed to hold them together was a desire to paint reality together with their emotional reaction to the subject matter. I certainly felt that many of the images we saw did just that. Tim showed us a large number of their paintings which I think for most of us was the first time we had seen them and they made for a rich diet. He spoke with both great enthusiasm and detailed knowledge of the lives and characters of each of them, showing how they both influenced and inspired each other and then in several cases fell out badly and dropped out or went off to develop their own individual styles.

By 1913 Gilman had had enough and was unable to stomach the work of some new members and the studio closed. A haven for the avant garde had become too hot for its founders.

Tim described how many had gone on to join the London Group in 1917 which became, and continues to celebrate the work of 20th Century London artists.  It was a great talk and much appreciated by BAS members.