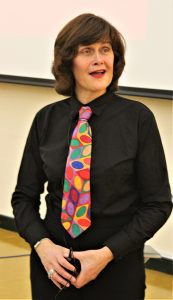 A large number of members of the Bruton Art Society came together on Thursday 6th December to enjoy a Christmas Party and to hear a fascinating lecture by Alexandra Drysdale.

A couple of years ago Alexandra entertained us with a talk on the colour Blue. This was a worthy successor. After introducing the colour red and discussing the pigments that had been used in the past to produce this colour, she considered its impact in a variety of societies, showing the similarity in its use to expression the passions, both aggressive and amorous. There is indeed a real ambiguity in this strongest of colours, that can be used both as a declaration of war and of love.

Alexandra began by putting us in the mood with an all red picture – the sobering but impressive ‘Homage to the Square’ by the Bauhaus artist Josef Albers. 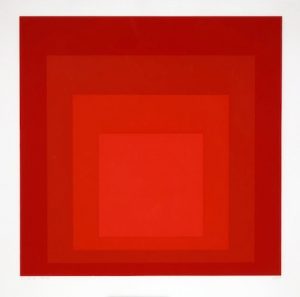 She then took us through a series of examples ranging from the middle ages to the present day. 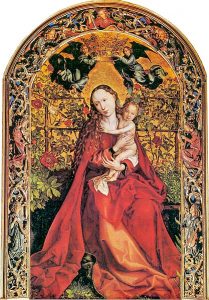 Although the Virgin Mary is normally shown wearing blue, she showed us an unusual and beautifully painted example by the German fifteenth century artist Martin Schongauer, a ‘Madonna of the Rose Garden’ where she is clothed in a splendid red cloak. Here the message of red as love predominated.

There followed examples of red as showing sin and violence, perhaps most strikingly in the work of German expressionists such as George Grosz and Otto Dix in the twentieth century. 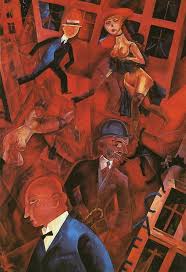 It was interesting to compare their searing images of the seedy side of Berlin with the use of red by their French contemporary, the great colourist Matisse. 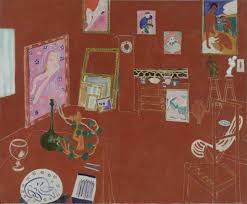 His ‘Red Studio’ of 1911[ill 4] is a masterpiece of control in which the strong colour manages to form an ambience in which all the objects in the room seem to float with a new intensity and elegance. Alexandra showed as well patriotic images using red, as in the case of Copley’s ‘Death of  Major Pierson’ in the eighteenth century in which the warlike nature of the redcoats is much to the fore. She also demonstrated how a red background could strengthen the effect of a portrait to give it a special authority.

Altogether there was a huge amount to reflect on, delivered in a clear and most engaging manner. We certainly learned a lot more about the colour: Perhaps this will lead to an outburst of vibrant hues at the next Bruton Art Society Annual exhibition? 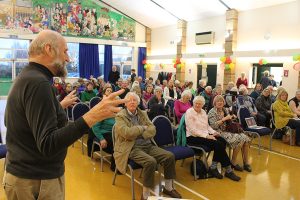 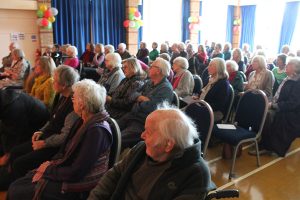