Eight members of the Bruton Art Society took part in the two day etching workshop which was held in the Sherborne studio of Miranda Halsby RBA.

Miranda makes etchings and aquatints mostly on copper plates. For this she uses Edinburgh Etch, a recipe discovered in Edinburgh using a saturated solution of ferric chloride and citric acid. This solution does not produce fumes as nitric acid does and is safer to use in a more domestic studio.

She had prepared most of the plates already leaving a few to be covered with hard ground —a hard wax finish. The reversed drawing was transferred unto the plate by laying the drawing on top of the plate and rolling them both through the press, a rather magical process. The reversed drawing was then redrawn with an etching needle which exposed the copper, and the plate was then put in the bath of acid which ate away the exposed metal, leaving an etched line. The hard wax was removed and the plate inked up. Having wiped off the excess ink the plate was put on the bed of the press, covered with a dampened piece of paper, covered with blankets and the whole rolled through the press. Magically the fine line drawing was revealed the right way round.

We then progressed to aquatint. Usually this is a tricky process involving resin, large wooden boxes and either blowing very hard or wooden paddles. Miranda had simplified it by using a fine plastic screen-filler and a spray gun. This gives a fine, even spray very similar to a fine resin dust. Aquatint works much faster than etching. You paint over the bits you want to leave white, put it in the acid bath for five seconds and then remove it. Pale shades are next painted out and the process is repeated up to five more times with the remaining exposed copper becoming more bitten and therefore darker when it is printed.

In spite of the number of people milling around in a relatively small space, thanks to Miranda’s expertise we all managed to do what we wanted in the short time space of two days and an astonishingly varied body of work was produced. I think that all of those who took part had a very productive and enjoyable.

Here are three examples of the work produced. 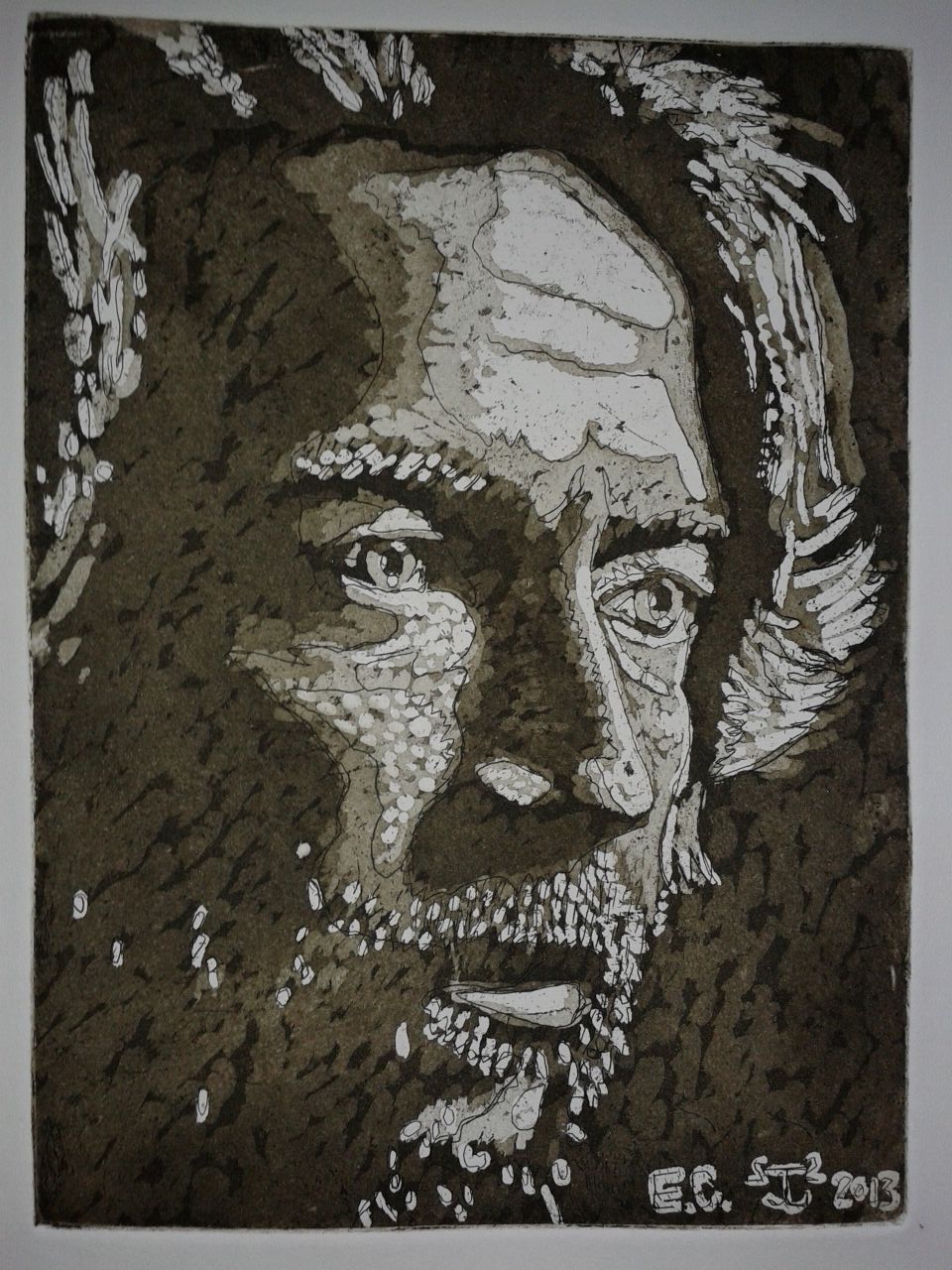 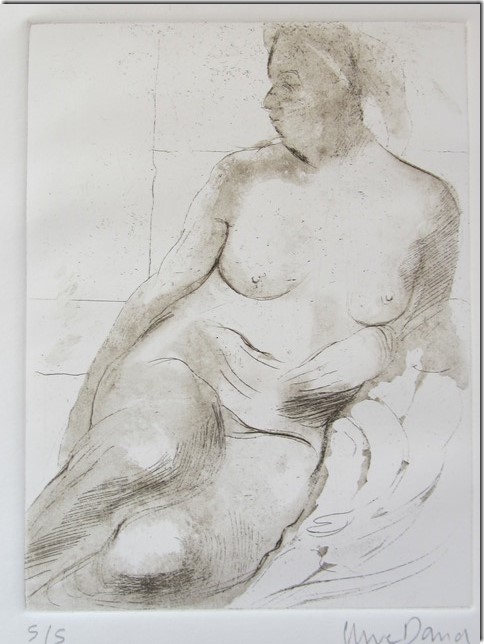