13-6-18. A great day for 32 of us in Southampton.  The sun shone, the coach was comfortable and took 1.5 hrs each way and we all had a relaxed day talking to each other and absorbing the art.

Southampton City Art Gallery is a large, grandly arched building which provides plenty of space to show two exhibitions by visiting artists,  for us Kelly Richardson and George Shaw. 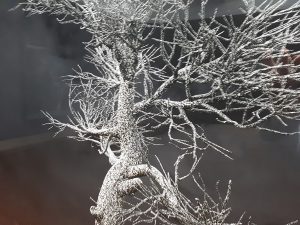 Kelly Richardson is a Canadian artist working with digital technologies to create “hyper-real landscapes.” We were treated to two rooms, one filled with jewelled images of dead trees against a dark background and the second dominated by a scrolling video. Her vision is apocalyptic, alluding to a devastated future with nature denuded, nuclear war and a possible attempt to escape to other planets.  In the second room a class of visiting seven year olds sat on the floor gazing at a huge streaming video. It wasn’t but it could have been specially made for today as Trump and Kim enjoy their Singapore summit. Asked what they thought the video was about a small boy said, “It is about those nuclear rockets the North Korean Leader has ready to shoot at America which President Trump is trying to stop.” All the other children in the class nodded sagely, showing how world events have not escaped the primary school.  The teacher with them then added that it might be depicting rockets taking off for outer space. A more comforting idea? The video came complete with ominous crunching and roaring sound effects. Certainly a work that sticks in the mind, still I wonder if it has more to say than SF films on Netflix. 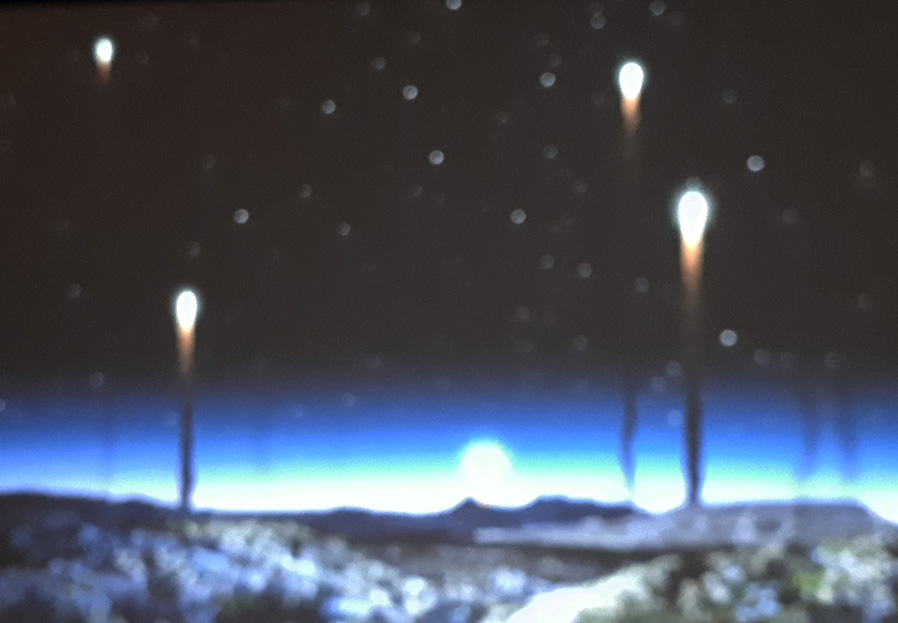 George Shaw really knows how to draw and paint, producing during his time as visiting artist at the National Gallery, a series of large woodland and tree studies. For these he has used model maker enamel paint, which in his hands produces work of rich luminosity.  Shaw comes from a depressing Midlands housing estate which he has captured in earlier work in sad, realistic detail. His venture into the woods however, brings him to no inspiring, rural idyll, rather he sees from the detritus he finds that woods can be somewhere to escape to in order to behave badly in secret. This is well explained by him in an accompanying video.  So again we have the work of an artist seeking to confront elements of our rather depressing zeitgeist. I think he does this rather well. His display ends with four well drawn heads crowned with thorns. 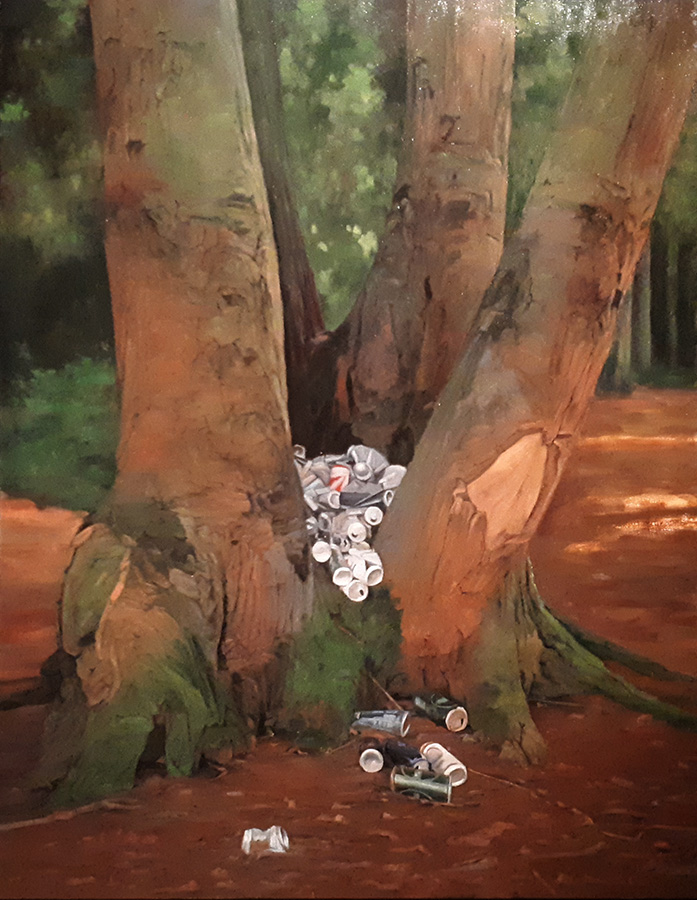 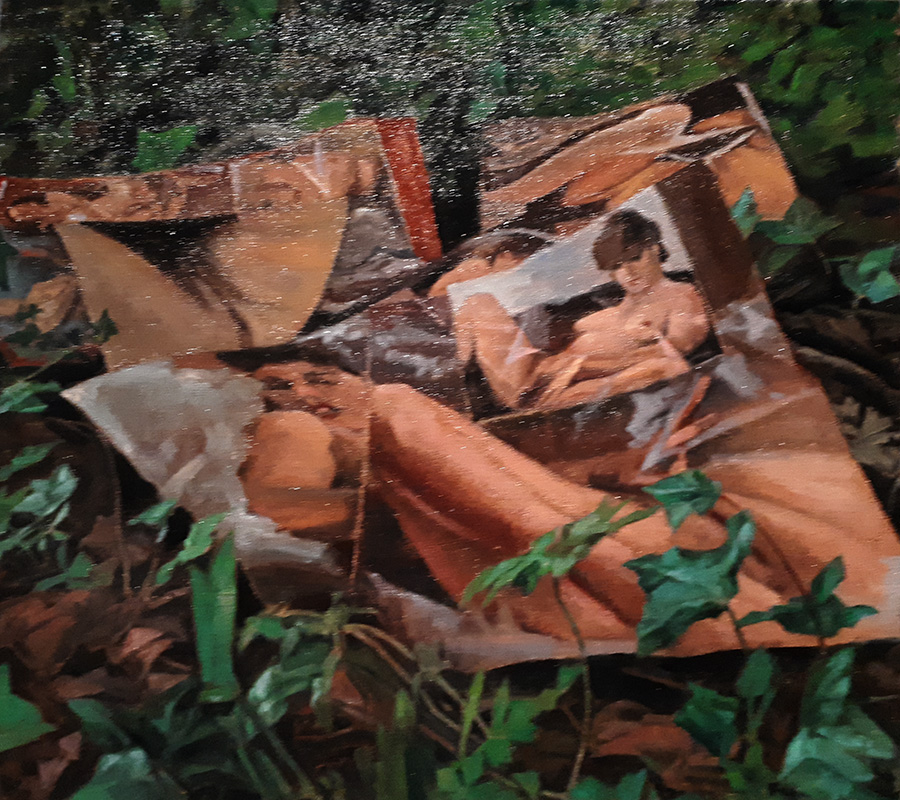 In addition the gallery’s permanent collection of fine paintings from various times provided both contrast and uplift.  All part of a great day out. 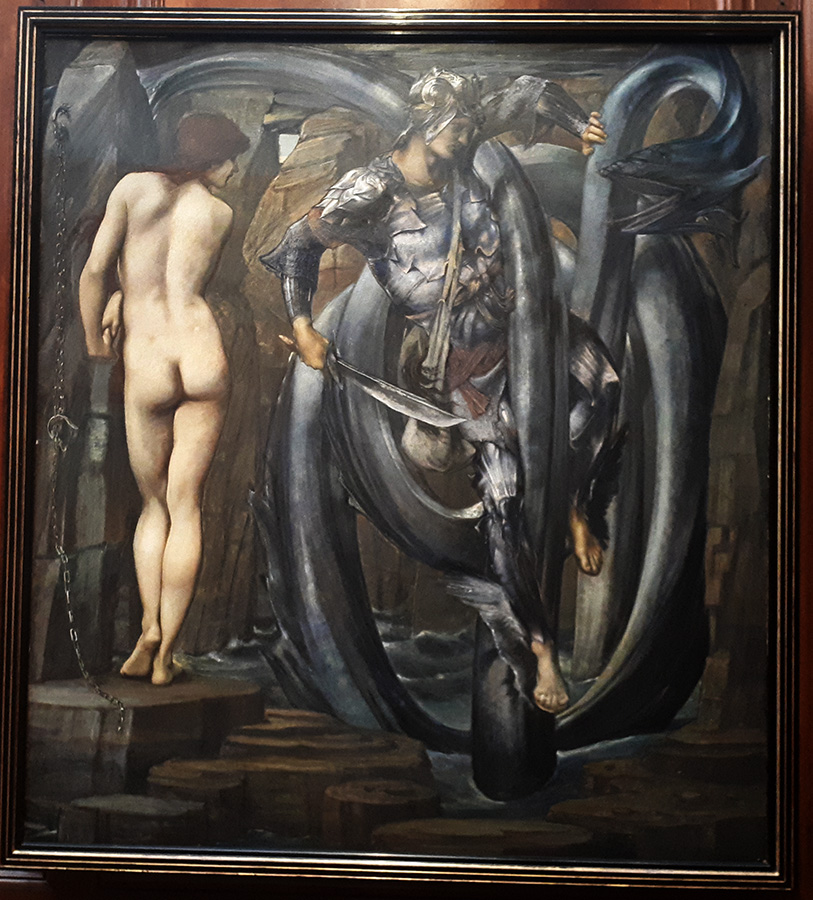 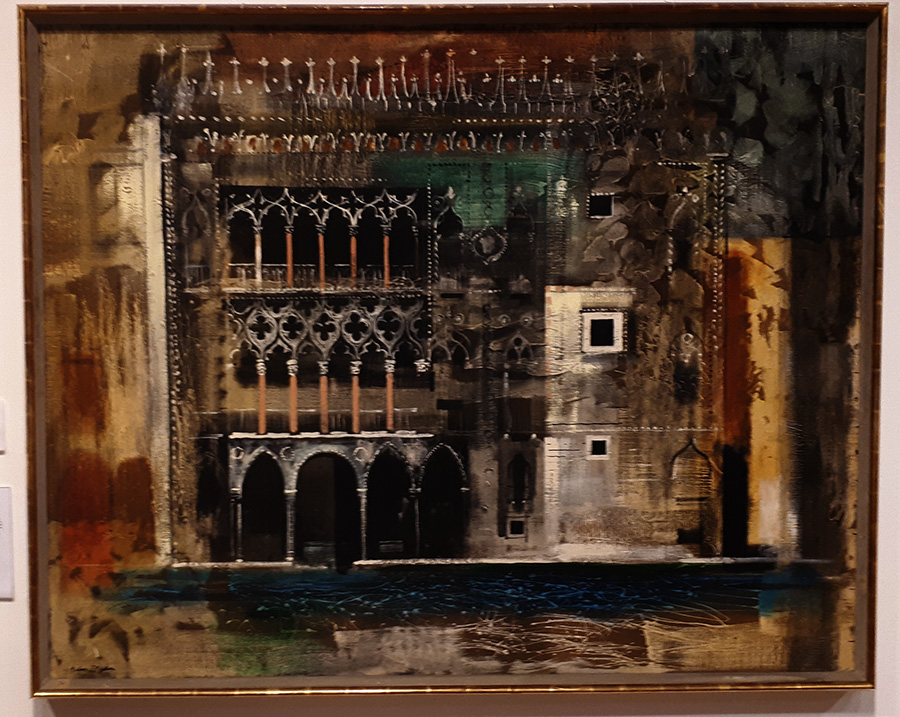 If anyone else on the trip would like to comment, please do so.  Just send me an email.