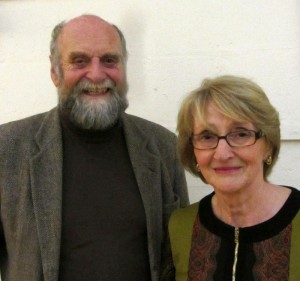 Hendrika Foster’s lecture to BAS on American Painting of the 18th and 19th Century on the 24th of April certainly was an eye-opener for all of us.

As an Art History lecturer and leader of art tours, Hendrika has concentrated – as most do – on European art. In her case this has meant working from the Greeks to the Impressionists. Since she went on holiday with a friend in 2013 who now lives in the US however, she became aware of how much she was missing in having ignored American Art as most Europeans – including us Brits have done.

Starting by examining the amazing murals that John Singer Sargent produced for the Boston Library, Hendrika became fascinated by American Art and has since then immersed herself in studying it.

What she uncovered for us was an introduction to a new and unfamiliar world where despite our common language, we are faced with a radically different set of cultures and subcultures. These are based upon immigration and expansion into a vast country of varied and awesome beauty, a land where the very quality of the light and the grandeur of wilderness presents the artist with new challenges very different from Europe. Socially it was also quite different from Britain and the rest of Europe where monarchy and aristocracy remained the major subjects and clientele for Art. In America money and trade ruled with a new found self-confidence as the Georgian monarchy was rejected and a new Republic based on the values of the Enlightenment flexed its muscles and expanded into the West.

Hendrika emphasised that in a one hour talk she could do no more than whet our appetites and give us a brief introduction into what is a vast and varied subject and a series of artists who compare well with what was being produced in Britain and Europe, but whose work is always significantly different.

In all it was a fascinating and unforgettable lecture delivered with passion and insight.  Hendrika is planning on delivering a whole series of talks on American Art in the Autumn and next year.  . We will be letting you know about them as soon as we have the details.  I for one will be signing up for them.